3 Pitfalls to Avoid When Building a Magento 2 Site 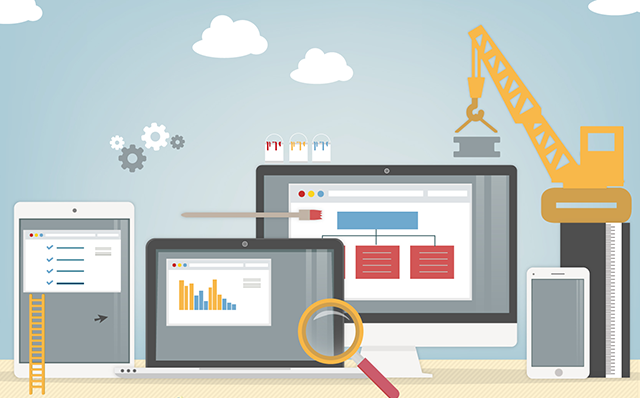 Over the years we’ve run into many frustrated Magento merchants. So frustrated, in fact, the word Magento is unfortunately followed by some expletives. The stories usually go like this:

“I had my Magento site built by people who swore they had Magento experts on staff and could easily meet my budget requirements within my desired timeframe. They also said building a Magento site is easy because all you have to do is install Magento, add a low-cost theme extension for the design, and any other extensions needed for custom features or integration.”

Sounds simple right? Wrong. Here’s why. There are a lot of developers, agencies, freelancers, etc. out there who claim to know Magento. It’s important for merchants to understand that Magento is a complex infrastructure that requires a knowledgeable developer. A truly experienced Magento developer will be able to help merchants walk through their needs, while properly setting expectations on a timeline, budget, and technical requirements. Through experience, we’ve put together three key areas to look out for when building a new Magento site.

3 pitfalls to avoid when building a Magento 2 site:

While Magento is open-source, it is vastly more complex (due to its object-oriented architecture) than other open-source platforms like WordPress or OpenCart. Agencies with open-source platform experience often assume that developing in Magento requires the same effort required for less complex, script-based, open-source platforms. Sadly, these inexperienced developers unintentionally mislead merchants into projects with scope and complexity way beyond their ability to execute. What’s worse is that these projects typically end over budget, with a half-baked and bug-filled solution that either can’t be launched or the new site is often too littered with bugs and performance issues for the merchant to use and maintain.

Simply avoid this first pitfall by locating a thoroughly experienced Magento developer that is certified and knowledgeable.

While inexperienced developers can certainly botch a project, unrealistic budget expectations can also derail a new Magento site build. Over the years, we’ve worked with a wide range of merchants and learned a good rule of thumb when scoping out, building, and launching new sites. Through experience, we’ve found that most Merchants need to budget roughly 5-10% of online annual sales for building a quality Magento site that will help grow their business.

Think of it this way, if a merchant doing $5 million hired an inexperienced developer with half the recommended budget at $50,000, just one small negative impact on sales will make the cheaper site feel like a raw deal. Unfortunately, we’ve seen this happen many times. Merchants have come to us with cheap and poorly coded sites that have cut online sales by as much as 50%. Let’s repeat that, sites that cut online sales by as much as 50%.

Don’t get us wrong, we love Magento extensions and use them all the time for clients. However, we have also seen cheap, bad, or unnecessary extensions create headaches for merchants. An experienced developer will know Magento’s out-of-the-box functionality and will prevent merchants from falling into a Magento customization trap.

If you’re in the market for a new Magento website, do yourself a huge favor and avoid the 3 pitfalls above.

Choose an experienced onshore partner who has a team of certified experts that will avoid poor quality, performance issues, and conversion hits. In addition, an experienced Magento developer will set a realistic plan for building a Magento site that will grow your business. Magento is probably the best eCommerce platform for growth in the market today. When executed correctly, Magento has helped many merchants grow by leaps and bounds. However, buyer beware. There are no pink unicorns, as is with most things, you get what you pay for.