Magento 1 End of Life: When is it? What Does it Mean? 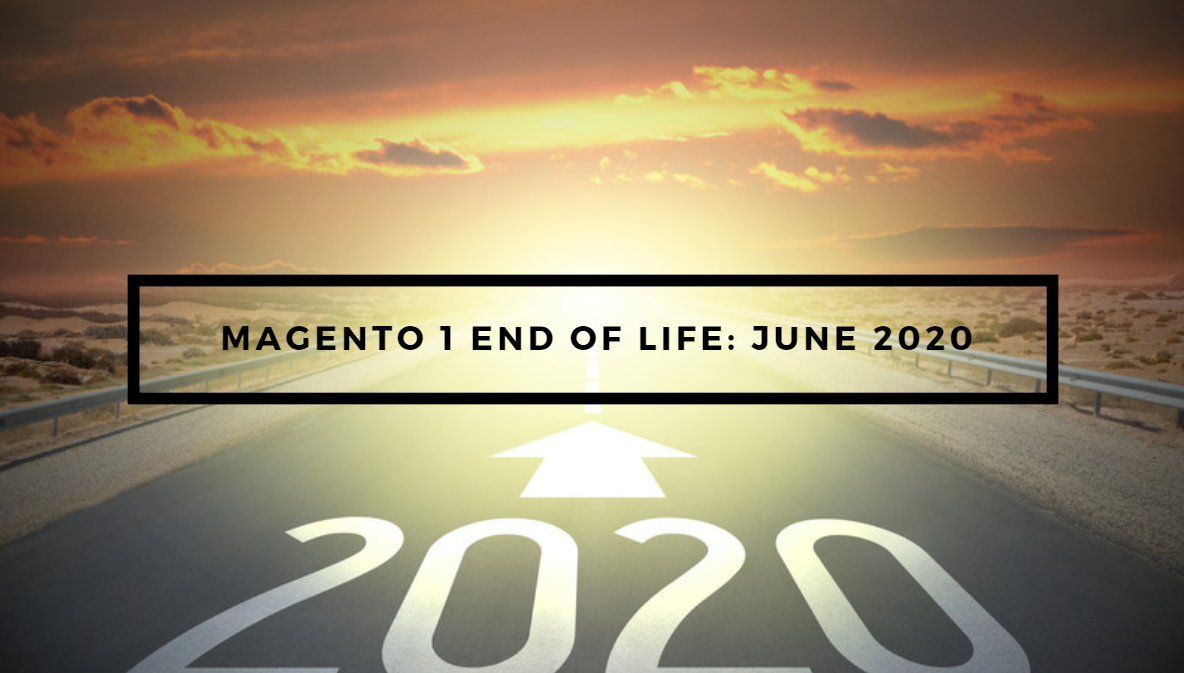 Update: Magento has announced that support will continue for both Open Source and Commerce 1 through June 2020.

At first, the only emotions surrounding the arrival of Magento 2 were excitement, interest, and curiosity. An upgraded version that promised enhanced performance and scalability was all anyone could talk about.

After that initial enthusiasm wore off, people began to wonder: “What will happen to Magento 1?” The question about Magento 1 end of life is not so much a question of if, but of when. As many can acknowledge, the birth of a newer, more enhanced platform ultimately leads to the retirement of its former edition.

In our search for the answer to this popular question, we first need to define what Magento 1 end of life truly entails.

What Happens After EOL?

Don’t worry— Magento Community Edition 1.x will continue to work even after its end of life date. M1 eCommerce stores will continue to function as they do now and businesses don’t need to worry about Magento 1 disappearing altogether.

But, it does mean that Magento will not release any more security patches or updates for Magento 1.x once EOL occurs. Essentially, there will no longer be support for the platform and merchants should consider migrating to M2 when this happens.

So when will this occur? Speculations began popping up after a specific Magento Conference in April 2017.

The Start of Speculation: Meet Magento Conference in Prague

On April 27th, 2017, at the Meet Magento Conference in Prague, a screenshot surfaced showing a presentation slide that read: “Magento 1 End of Life: 17 November 2018.”

Articles began popping up left and right, all claiming that this was the official EOL date. Social media was buzzing with chatter about Magento 1 and many businesses feared that they would soon be kicked off the platform they needed to stay in business.

Soon enough, even more articles were emerging with a different EOL date: November 18th, 2018, just one day after the “original” EOL date was stated in Prague the month prior.

Much of this theory was backed by information given out prior to Magento 2’s release. Magento executives circulated the idea that Magento 1 would reach its end of life three years after the release of Magento 2. Magento 2 was released on November 17, 2015, which meant Magento 1’s end of life would be November 18, 2018.

People began to support their theories by citing the presentation screenshot from Prague as well as a screenshot of a twitter conversation between two Magento employees: 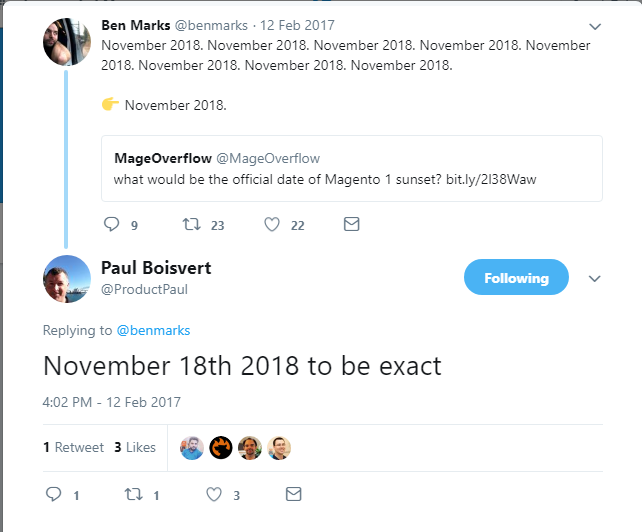 And then Magento spoke up.

When is the “Real” End of Life for Magento 1?

June 2020 and the EOL for Magento 1 will be here before you know it. Considering the limited support time remaining and the commitment required to migrate your entire site off of Magento 1 you can’t afford to let any more time go to waste. Contact us today to speak to one of our expert magneto team members to learn more and to get the ball rolling on your migration.