Magento PWAs: What Are They? 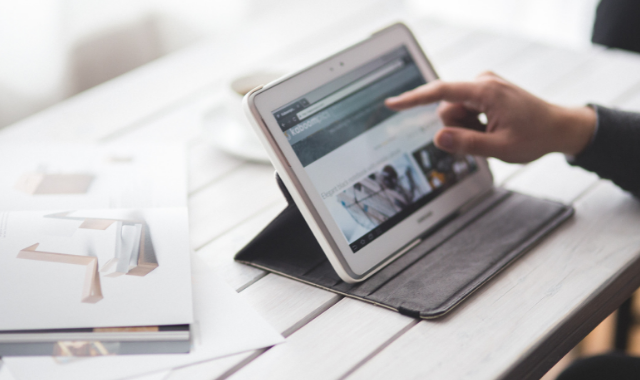 What do Magento PWAs Mean for eCommerce Merchants?

Magento announced back in the summer of 2017 that they were becoming a Progressive Web Application (PWA) platform.  As a way to reimagine mobile eCommerce, and invest in technology that could disrupt mobile, Magento PWAs are an exciting new feature coming to Magento merchants.

What are Magento PWAs?

PWAs are app-like experiences for eCommerce websites. A PWA is a feature that will directly connect customers to an eCommerce store from a shortcut or icon added to their mobile device. PWA features are impressive. Customers can access websites directly without opening Google or a browser first. Displayed full-screen, PWAs create a quicker yet seamless shopping experience. Customers can also browse while offline, and can opt-in to receive push notifications – just like they could with a mobile app.

Highlights of PWAs include:

Below is a video from Magento extension developer Tigren Solutions demo-ing how PWAs work with Magento.

How do Magento PWAs Work?

James Zetlen, frontend architect with Magento, posted a great technical description of how PWAs work and how they’re different from websites and apps.

Below is a summary of a few key points from his article:

Zetlen also comments on why PWAs matter. He writes, “In short, PWAs are not some special flavor of Web app; instead, they represent the modern-day best practices for making an interactive website.”

When can Merchants Start Implementing PWAs?

An important detail to note is that PWAs are currently only supported by Android and Windows operating systems. Just recently, it was announced that Apple would be including ServiceWorkers and PWAs in their next beta versions. It was clear from immediate feedback posted online that there was a concern in how iOS and PWAs were going to work together. In an article from mobile website developer, Maximiliano Firtman, he discusses the issues that will need to be worked through in detail. Notably, these releases are only in beta versions and may not be released to the masses for some time.

Can we get excited about Magento PWAs when we know that they’re not currently available on iOS devices?

How many people are even on Apple devices anyway? According to an article from the Verge, numbers suggest that there are at least 1 billion active Apple devices. That is a lot of customers, especially, for merchants with a large Apple-using customer base. As obvious as that sounds, when we break down the numbers, it really creates a clearer picture of just how many customers (and sales) would be eliminated from a PWA strategy this early in the game.

We analyzed the data of a couple Magento merchants to see just how many of their customers are using iOS devices and the potential gain a PWAs strategy would have on current business metrics.

A breakdown of total sales for a Magento client in 2017:

Second example. A breakdown of total sales for another Magento client in 2017:

35% – 41% of total sales is a large group currently eliminated from PWAs. However, the future opportunity for targeting iOS customers is undeniable. Not to mention, the opportunity to have closer access to mobile customers creating 45%-54% of ALL sales is an opportunity worth investing in.

The data tells us that for now, while PWAs are not available to the full masses, it’s a great time to start testing and planning for the future. Merchants beginning a new build or migration (and even those in the middle of a project) will benefit from a mobile-first UX strategy with PWAs in mind. We coach merchants daily on the importance of the path-to-purchase experience for customers. PWAs will be here full-scale before we know it. Now is a great time to start preparing, planning, and testing.

Why Should We Care About Magento PWAs?

Mobile is just as important now (if not more so), than it was a few years go during “Mobilegeddon.”  Mobile will continue to be the focus of developers and eCommerce businesses for years to come. Or, for as long as customers shop on their phones. PWAs offer an abundance of digital marketing opportunities that were only available to merchants with the budget to build separate apps. Merchants will have a more direct line of communication with this added avenue to engage with customers. Faster browsing and “app-gratification” will keep customers engaged. Push notifications will be an amazing opportunity for digital marketers to run promotions. Push is quicker than eMail and just as effective as SMS or text messaging.

With PWAs, your eCommerce business has the potential to be in the literal pocket of every mobile customer in your CRM.

Let’s Get Started on Your PWA Project

Our developers are researching and testing the new Magento PWA features available via Magento. It’s important (and fun!) to us and our development team that we stay current (or ahead of the game) when it comes to new technology available to merchants. We anticipate PWAs being extremely beneficial for merchants.

Contact us if you would like to learn more about Magento PWAs from our Magento experts and to get started on your next project.