Merchants choose Magento is the headline news in the October 2012 eCommerce survey, from UK developer Tom Robertshaw, found 35,218 sites in the Alexa Top 1 Million, finds Magento, with a 23% share of the market, is the leading eCommerce software platform. This is a 4% increase since the February 2012eCommerce survey. Equating to 8,087 sites, Magento has seen growth in every single edition since the survey began 2 years ago. It sees a 20% growth rate since the last survey in February alone. 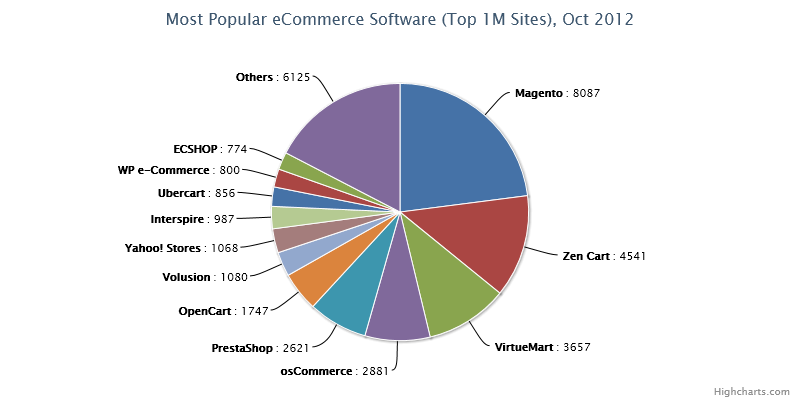 Magento isn’t the only one. The popularity of Zen Cart continues to increase, up 12 percent to 4,451 sites. Both Magento and Zen Cart have released new versions since the February survey. 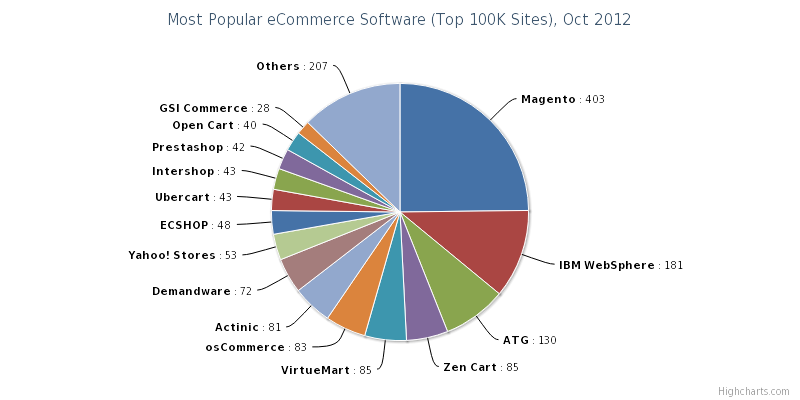 While both VirtueMart and osCommerce take a dip in numbers. Conversely, both PrestaShop and OpenCart see significant increases.

Aggregated results for all eCommerce platforms: