In 1976, Medals of America was created by Army Veteran Colonel Frank Foster and his wife, Linda after repeated requests for shadow boxes from friends with Veteran relatives. Based on these requests, the Medals of America business model was initially built on shadow boxes alone, but soon grew to include t-shirts, hats, dog tags, tactical and range gear, and much more—including products from Nike, Under Armour, and New Era. 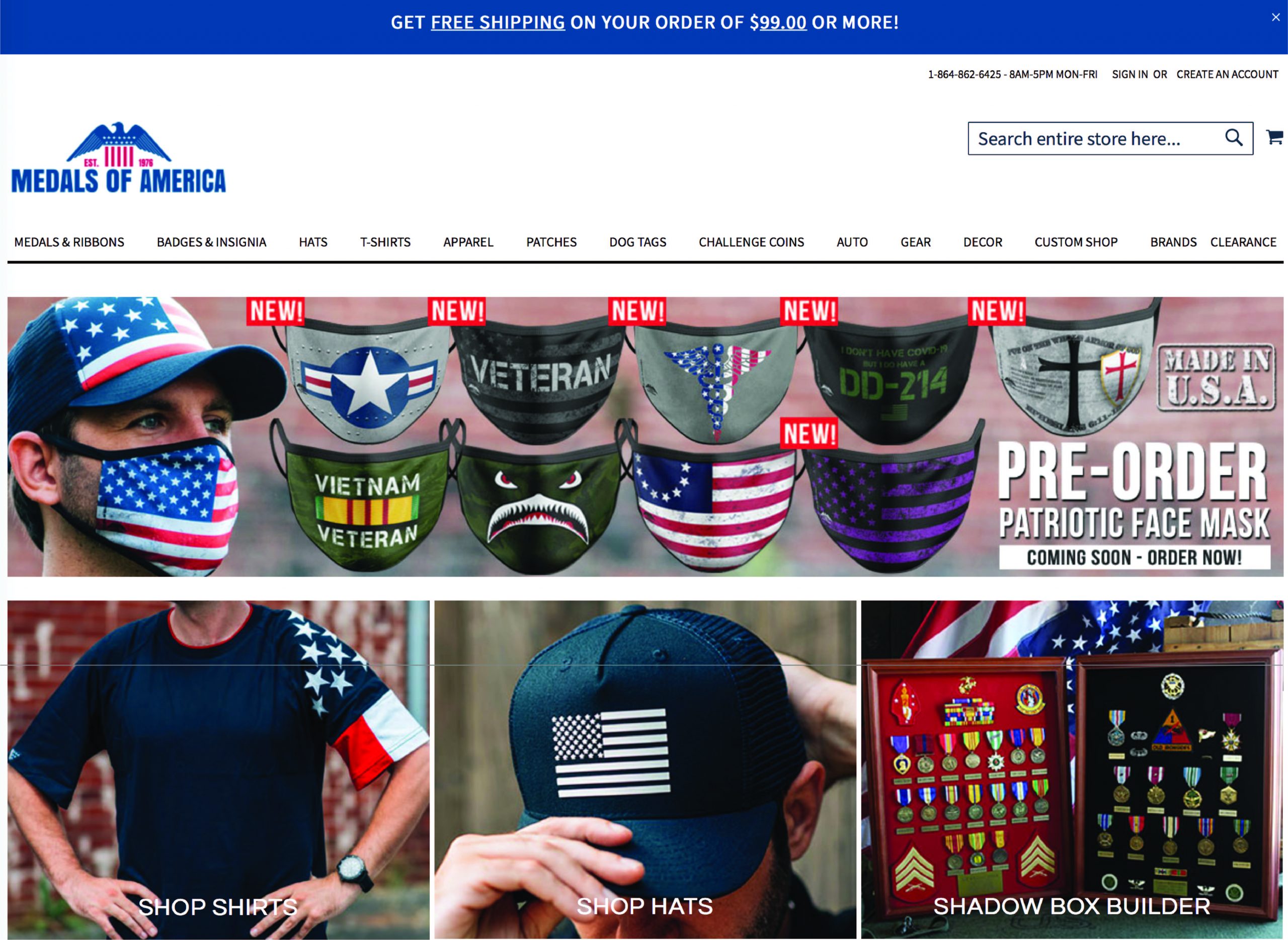 Medal of America’s previous Magento 2 website was plagued with problems such as over customization and other coding issues that often led to their website crashing.

InteractOne recommended an entirely new Magento 2 website to Medals of America that resolved their performance issues by cleaning up the backend of the site and eliminating unnecessary extensions which slowed down the previous site.

InteractOne provided Medals of America with an all-new Magento 2 website that sported faster load times and no longer suffered from frequent crashes. Custom builders created by a previous developer for Medal’s ribbon products were cleaned up to load faster, dramatically increasing revenue from those products. 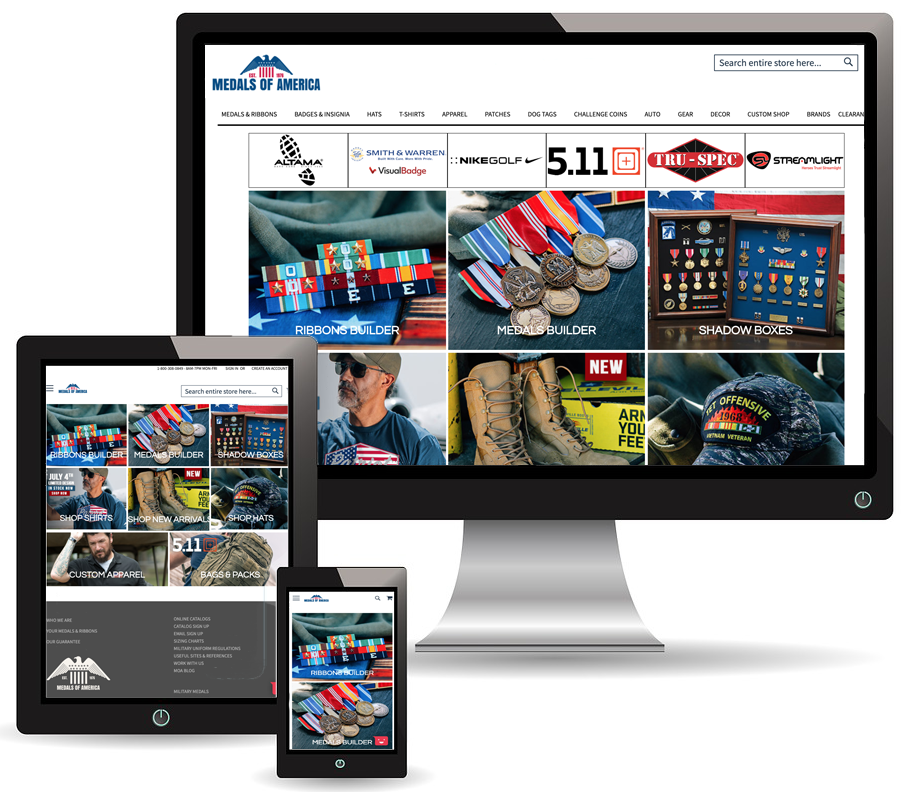 Let’s talk about how we can
do the same for you!